Tarzan of the Apes is a novel written by Edgar Rice Burroughs, the first in a series of books about the title character Tarzan. It was first published in the pulp magazine All-Story Magazine in October, 1912; the first book edition was published in 1914 by A.C. McClurg & Co in Chicago. The publisher was made famous by their original publishing of the Tarzan of the Apes novels and other stories of Edgar Rice Burroughs. Tarzan of the Apes tells the story of Tarzan (“White Skin” in ape language) who is adopted as a baby by the she-ape Kala after his parents, the Lord and Lady Greystoke, pass away after being marooned in West Africa. Immediately popular, Burroughs continued the series into the 1940s with two dozen sequels, and the Tarzan character has been immortalized in books, films and television since. Tarzan was the first literary character to be registered in a trademark. Tarzan and the Castaways was the last finished story by Burroughs, the 24th in his series on Tarzan. In addition to the title novella, the book also includes two short stories about Tarzan. Tarzan: The Lost Adventure is a novel by American writer Joe R. Lansdale, based on an incomplete fragment of a Tarzan novel written by Edgar Rice Burroughs which had been left unfinished at his death. The book was serialized in four parts by Dark Horse Comics, before being published as a single volume in 1995

No dust jacket. Some fading to cover and first couple of pages, but otherwise good.

Tarzan, Lord of the Jungle is an animated series created by the Filmation studio for CBS, starting in 1976. Making it the first animated series about the jungle hero. [1] There are a total of 36 episodes produced over the first four seasons

In many ways, the series is the most faithful of all screen-based adaptations of Edgar Rice Burroughs‘s Tarzan and featured a number of “lost cities” from the original novels. The rotoscoped animation is based upon the work of Burrough’s favorite Tarzan artist, Burne Hogarth.[3]

In the series, Tarzan is depicted as intelligent and well-spoken – not the simple-minded (“Tarzan… Jane”) caricature of many films. His sidekick is N’kima the monkey, as in the novels (“Cheeta” the chimpanzee was the creation of movie producers). It uses much of Burroughs’ Mangani language (though some of the words used, particularly for animals not encountered in the novels, do not appear in Burroughs’ Mangani lexicons, and so were presumably newly invented for the show). 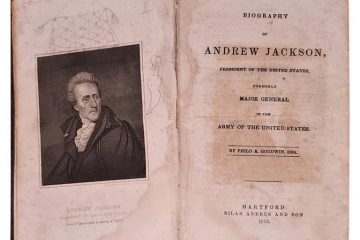 Biography of Andrew Jackson by Goodwin 1852 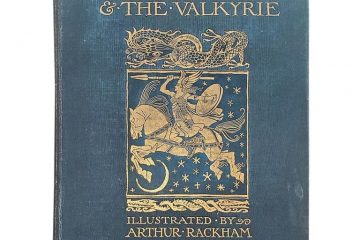 The Rhinegold and The Valkyrie Illustrated by A Rackham First Edition