One depicts scenes of Ladies in the garden in national dress and the other depicts various butterflies.

Both have their original glass stoppers. 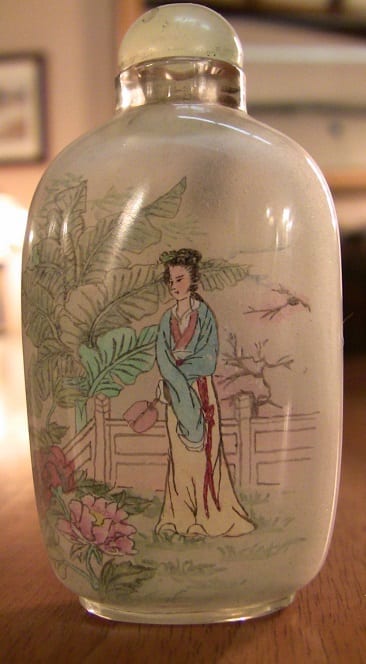 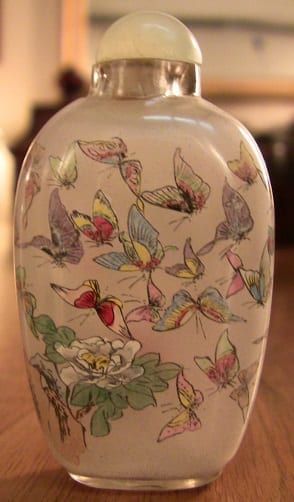 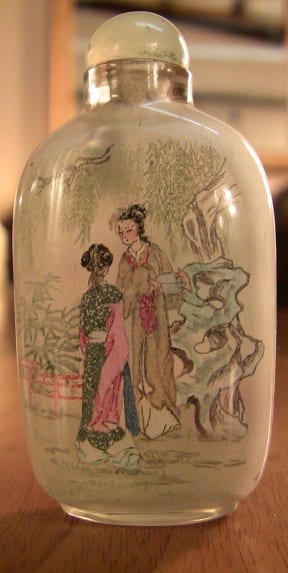 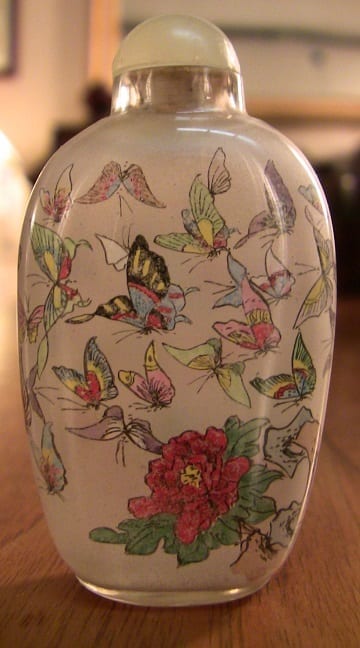