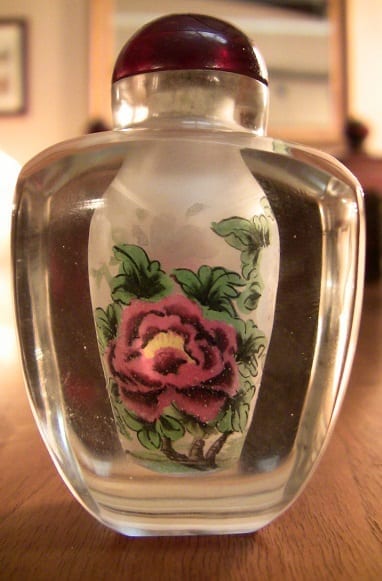 The bottle is square shaped at the top ….. tapering down to the base.

The center of the bottle is like a prism and is hand-inside painted with flowers.

It is as heavy as a paperweight !!