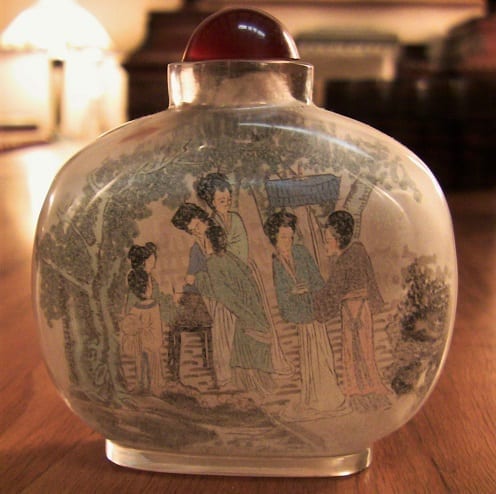 Lovely inside painted glass snuff bottle depicting various ladies in national dress….in the garden on one side and in the house on the other.

This bottle has signs of age to it……it is probably late 19th Century.

It is larger than most of its kind. Condition: Excellent.  Not the original stopper.