Engraved by E.G. Hester and signed by the artist on the bottom right.

Titled: “Evening” “Returning to the Kennels”, It features to fox hunters in full hunt attire on horseback with hounds under foot, on a Country lane with fencing and the countryside in the background.

THIS IS AN ORIGINAL HAND-COLORED AQUATINT ENGRAVING AND NOT A RE-PRINT !

Edward Algernon Stuart Douglas (1848- 1918) was a British painter in both oil and watercolour of sporting images. Douglas is said to have worked in conjunction with Ackermanns for many years, who in 1887 published a set of four coursing scenes by Douglas which were engraved by C.R. Stock.

He was educated (1861) at Charterhouse School, near Godalming in Surrey, United Kingdom.

Little is known of the life of this very competent sporting painter. Between 1880 and 1892 he exhibited ten works at the Royal Academy, all of which were hunting scenes and which were sent from an address in Barnes, London, where he is thought to have lived.

Douglas frequently produced pictures in pairs or sets of four; a pair of his hunting scenes was engraved by Edward Gilbert Hester. He sometimes worked in miniature and his larger compositions have the detailed and delicate finish of his miniature work.

He also painted portraits of horses, dogs and group portraits, such as ‘Lord Portman’s Hounds; The East Dorset’ which was exhibited at the Royal Academy in 1890.

In addition to those illustrated above, titles by the artist include ‘After a Long Run’ 1883, ‘The Huntsman’s Favourites’ 1884 and ‘Lord Portman’s Hounds’ 1890.

Condition: Very good for it’s age. Some minor repairs to the original frame. Minor fading/darkening of the paper through age. 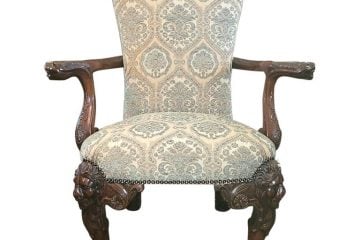 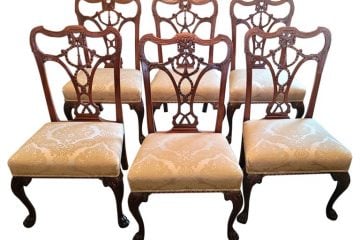