PRESENTING A LOVELY 19C Aquatint Engraving of the Quay at Waterford in Waterford City in Ireland.

This engraving has been hand embellished with aquatint color(s) and is from Ireland circa 1820-40.

It features a scene of the Quay or Port of Waterford from circa 1820. We are basing this upon the attire of the figures in the engraving and the tall ships.

It features Reginald’s Tower (still located at the Waterford Quay to this day). Georgian Quay buildings, a number of moored tall ships and row boats, barrels, horses and carts, women and British soldiers.

The engraving was professionally reframed and matted in Dallas in the 1980’s and the rear of the frame says that it was “Museum Mounted and Matted”. The frame has a lovely Grecian pattern around the front.

If you are Irish, a Waterford Crystal Collector or have your ancestry from Waterford this is a MUST HAVE !!

THIS IS A VERY RARE ENGRAVING !

Waterford (Irish: Port Láirge [pˠɔɾˠt̪ˠ ˈl̪ˠaːɾʲ(ə)ɟə]; from Old Norse Veðrafjǫrðr [ˈweðrɑˌfjɒrðr̩], meaning “ram (wether) fjord”) is a city in Ireland. It is in County Waterford in the south-east of Ireland and is located in the province of Munster. The city is situated at the head of Waterford Harbour. It is the oldest[3][4] and the fifth most populous city in the Republic of Ireland. It is the tenth most populous settlement on the island of Ireland. Waterford City and County Council is the local government authority for the city. According to the 2016 Census, 53,504 people live in the city,[5] with a wider metropolitan population of 82,963.

Today, Waterford is known for Waterford Crystal, a legacy of the city’s former glassmaking industry. Glass, or crystal, was manufactured in the city from 1783 until early 2009, when the factory there was shut down after the receivership of Waterford Wedgwood plc. The Waterford Crystal visitor centre in the Viking Quarter, under new owners, opened in June 2010, after the intervention of Waterford City Council and Waterford Chamber of Commerce, and resumed production.

Viking raiders first established a settlement near Waterford in 853. It and all the other longphorts were vacated in 902, the Vikings having been driven out by the native Irish. The Vikings re-established themselves in Ireland at Waterford in 914, led at first by Ottir Iarla (Jarl Ottar) until 917, and after that by Ragnall ua Ímair and the Uí Ímair dynasty, and built what would be Ireland’s first city. Among the most prominent rulers of Waterford was Ivar of Waterford.

In 1167, Diarmait Mac Murchada, the deposed King of Leinster, failed in an attempt to take Waterford. He returned in 1170 with Cambro-Norman mercenaries under Richard de Clare, 2nd Earl of Pembroke (known as Strongbow); together they besieged and took the city after a desperate defence. In furtherance of the Norman invasion of Ireland, King Henry II of England landed at Waterford in 1171. Waterford and then Dublin were declared royal cities, with Dublin also declared capital of Ireland.

After the Protestant Reformation, Waterford remained a Catholic city and participated in the confederation of Kilkenny – an independent Catholic government from 1642 to 1649. This was ended abruptly by Oliver Cromwell, who brought the country back under English rule; his son-in-law Henry Ireton finally took Waterford in 1650 after a major siege.[7] In 1690, during the Williamite War, the Jacobite Irish Army was forced to surrender Waterford in the wake of the Battle of the Boyne.

The 18th century was a period of huge prosperity for Waterford. Most of the city’s best architecture appeared during this time. A permanent military presence was established in the city with the completion of the Cavalry Barracks at the end of the 18th century.[8]

In the early 19th century, Waterford City was deemed vulnerable and the British government erected three Martello towers on the Hook Peninsula to reinforce the existing Fort at Duncannon. During the 19th century, great industries such as glass making and ship building thrived in the city.

The city was represented in the Parliament of the United Kingdom from 1891 to 1918 by John Redmond MP, leader (from January 1900) of the Irish Parliamentary Party. Redmond, then leader of the pro-Parnell faction of the party, defeated David Sheehy in 1891. In 1911, Br. Jerome Foley, Br. Dunstan Drumm and Br. Leopold Loughran left Waterford for Malvern, Australia. Here, they founded a Catholic college which is still in existence today.[9]

In July 1922, Waterford was the scene of fighting between Irish Free State and Irish Republican troops during the Irish Civil War.

19C Aquatint Engraving of the Quay at Waterford.

Provenance: From the Estate of a Prominent Irish American in Dallas. 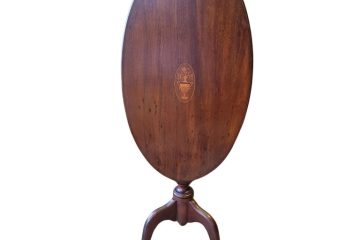