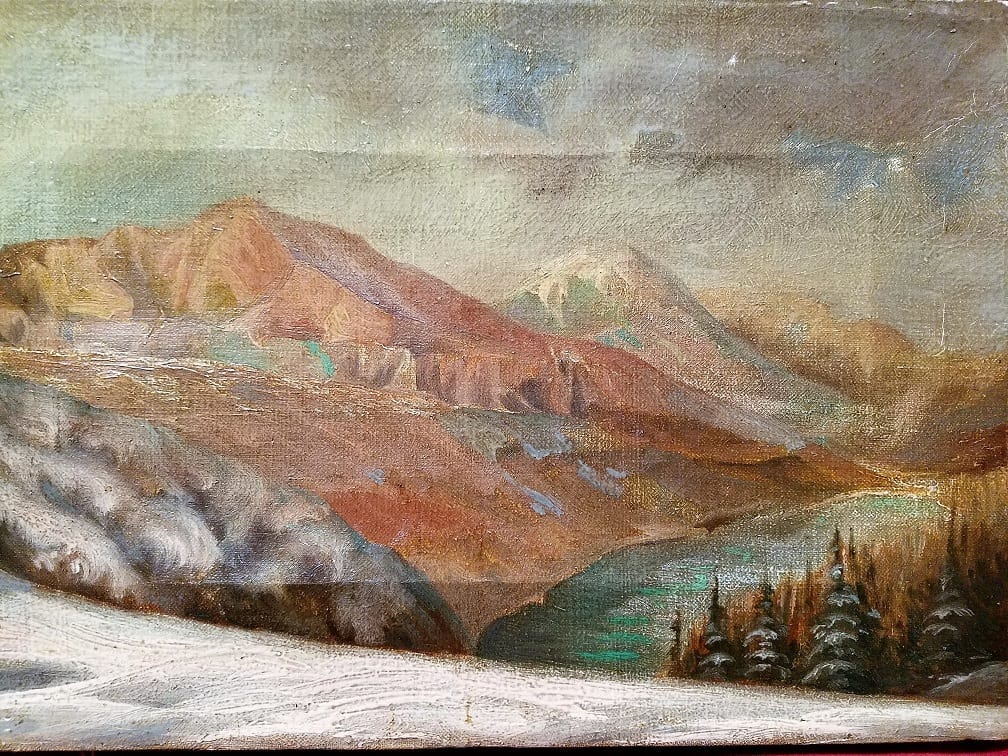 This unframed oil on canvas is of St Mary’s Valley in Glacier National Park in Montana.

It depicts the glacier with mountains and a river.

It is hand written on the frame that it is a painting of St. Mary’s Valley…..in T. Strom’s hand. Saint Mary Lake is the second-largest lake in Glacier National Park, in the U.S. state of Montana.[2]

Located on the east side of the park, the Going-to-the-Sun Road parallels the lake along its north shore. At an altitude of 4,484 feet (1,367 m), Saint Mary Lake’s waters are colder and lie almost 1,500 feet (460 m) higher in altitude than Lake McDonald, the largest lake in the park, which is located on the west side of the Continental Divide. Here, the great plains end and the Rocky Mountains begin in an abrupt 5,000-foot (1,500 m) altitude change, with Little Chief Mountain posing a formidable southern flank above the west end of the lake.

The opening scene in the 1980 Stanley Kubrick film The Shining was shot at Saint Mary Lake.