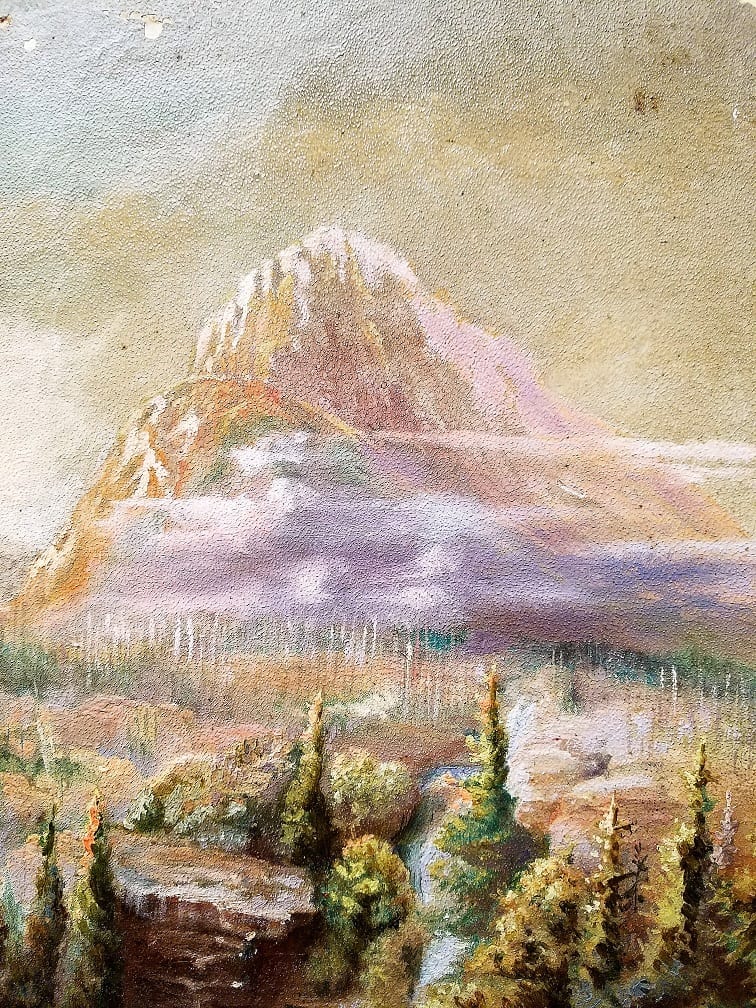 This unframed oil on canvas is of Lake McDermott and Grinnell Mountain in Glacier National Park, Montana.

It depicts the mountain,  lake with trees, foliage and fauna.

Painted in 1919….signed and dated on the bottom right.

It is hand written on the frame that it is a painting of McDermott…..in T. Strom’s hand.