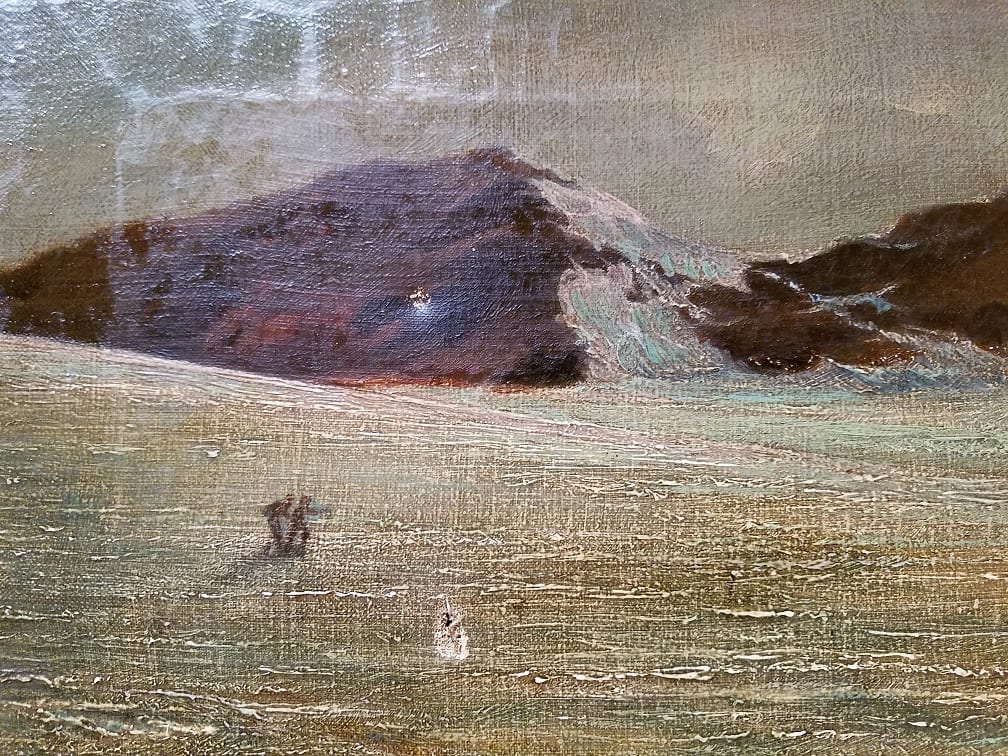 This unframed oil on canvas is of Spearhead Glacier in British Columbia.

It depicts the glacier with 2 hikers.

It has some damage as is evident from the photos but easily repairable.

It is hand written on the frame that it is a painting of Spearhead Glacier…..in T. Strom’s hand. The Spearhead Glacier is the largest glacier on the Spearhead Range, located on the opposite, northeast side of that range from the resort town of Whistler, British Columbia, Canada, and is serviced in part by the lift system of the Whistler Blackcomb ski resort. The glacier’s apex is at the peak known as The Spearhead, which also lies at the head of the Blackcomb Glacier.

Condition: Some issues as is evident from the pics.