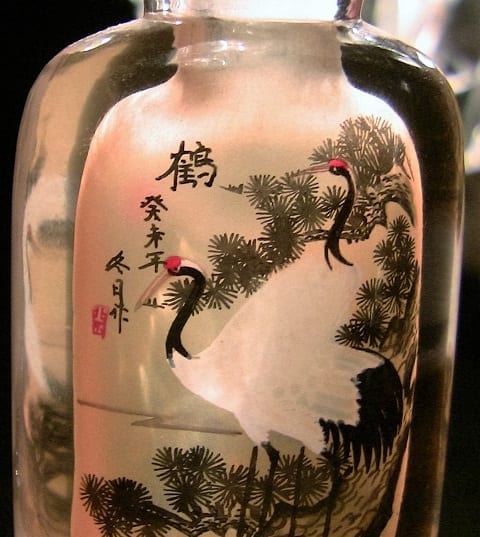 Both sides feature paintings of Cranes…..signed.

This is a REALLY GOOD ONE !! Provenance: Bought from an Estate Sale in Ireland.