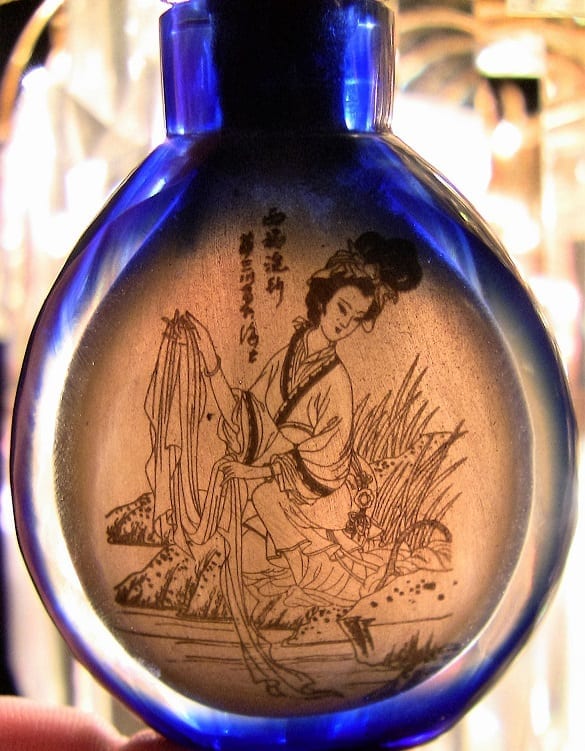 This bottle has 2 depictions of  Chinese lady’s on either side….one side a Lady is washing silk in a stream and the other has a Lady in a Garden.

Both paintings are signed.

THIS IS A QUALITY EXAMPLE !!

We are of the opinion that this is an ORIGINAL  19th Century bottle as opposed to a modern reproduction….because of its obvious quality and signatures.