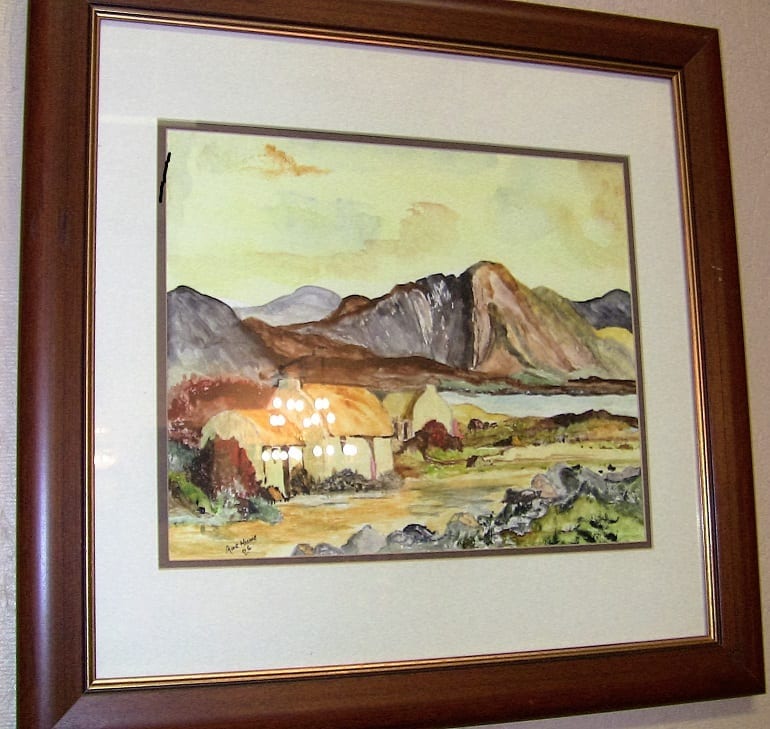 Both by Irish Artist …… Noel Hume…….signed and dated 2006 in lower right corners.

Both of Irish countryside scenes with thatched cottages etc. Definitely in the style of famous Irish Artist Paul Henry.

These pictures really capture the essence of the Irish landscape !!!