Made by ‘Sabino’ and properly stamped with the markers mark.

Small chip to the base …..underneath……but otherwise perfect ! 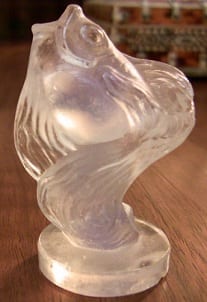 Marius Sabino was born in Sicily in 1878, and with his family moved to France while he was still a young boy. His father, a sculptor of wood, trained him to follow in his steps.

He would go on to study at L’Ecole Nationale des Arts Decoratifs and the Beaux Arts de Paris, where he became particularly interested in the challenges that the advent of electricity would have on glass manufacture. It was through electric lights that Sabino came to the production of glass. In fact, on his return from the first World War (where he had joined as a volunteer), he founded a factory which manufactured traditional lights fittings of wood or bronze and then quickly changed to glass.

He realized the enormous potential of the new techniques which made it possible to create the perfect molds for a unique translucent material. By pouring this material into the molds, he created beautiful relief in very precise and exciting designs. The glass of the chandelier was no longer part of the design-it was the principal component. His chandeliers, which were often monumental in size, were made to compliment the architecture of the day.

Provenance: Bought at Auction in Europe. 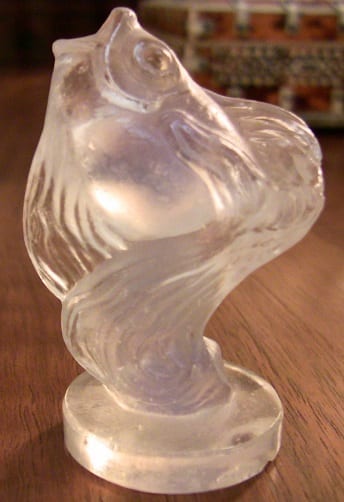 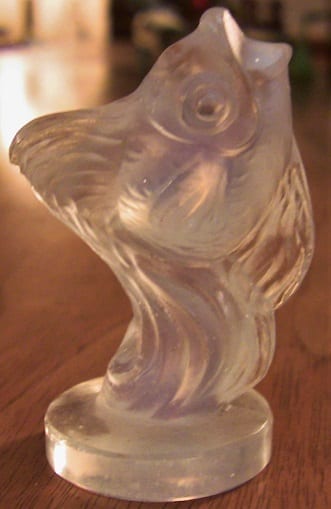