Each vase has matching Arabic inscriptions, on front and back.

Made in the area of Damascus, Syria circa 1790, very rare and highly sought after !! 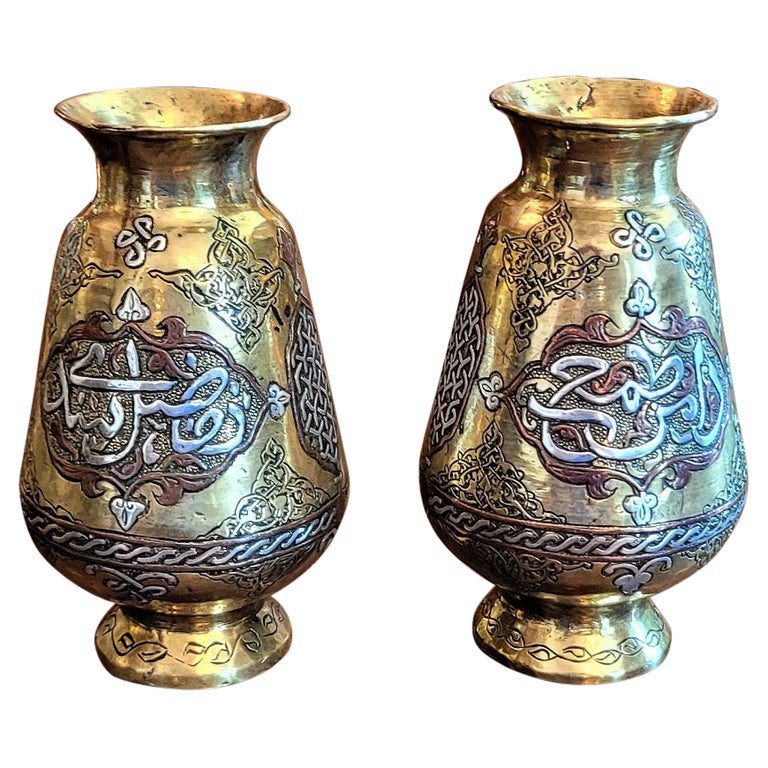 “Damascening is the art of inlaying different metals into one another—typically, gold or silver into a darkly oxidized steel background—to produce intricate patterns similar to niello. The English term comes from a perceived resemblance to the rich tapestry patterns of damask silk.

The technique has a long history in Japan, where it was used to decorate katana fittings, particularly tsuba. Known as zougan in Japanese, it has developed its own subset of terms to describe the particular patterns, although “shippou-zougan” is an enamelling technique which most Westerners would consider closer to champlevé.

Damascened-inlay jewelry, especially of Japanese origin, is sometimes referred to as shakudo from the use of that alloy as the dark background.

The technique of niello is also famously attested in prehistoric Greece. The earliest occurrence of damascening in the Aegean, from the Shaft Graves of Mycenae, dates to the latest Middle Bronze Age/Middle Helladic IIIB period (dagger Nu-304). Ultimately of Near Eastern provenance, the technique of inlaying silver/gold was adapted to suit Aegean taste and style.

Cities that are known for a rich history in Damascening where the technique is still practiced are Malaysia, Indonesia, Toledo, Spain, Eibar, Basque Country and Kyoto, Japan.”

Provenance: Bought from a Reputable Dealer in London.

Condition: Very good original condition. Some indentations to the rims from age and use. 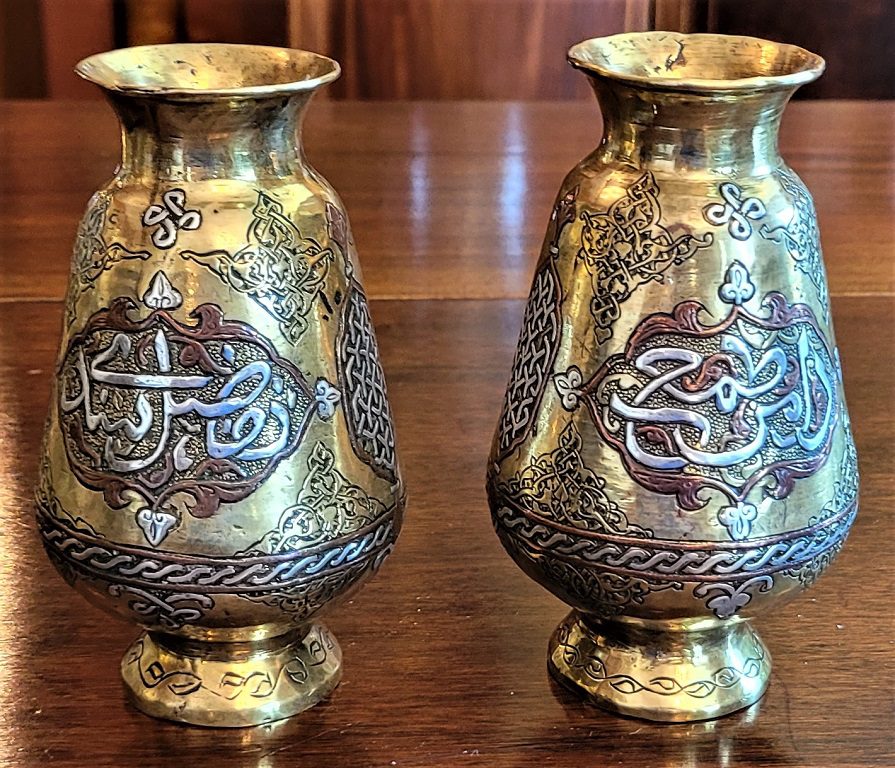 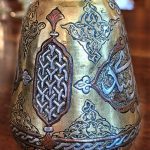 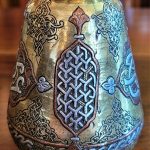 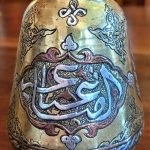 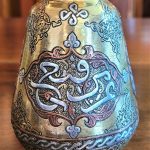 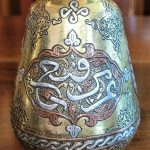 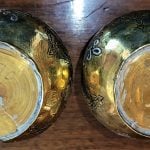 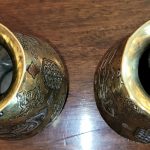 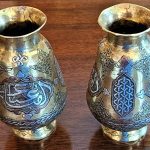 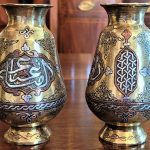 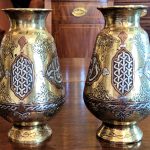 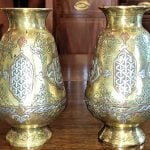 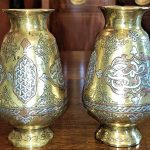 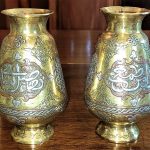 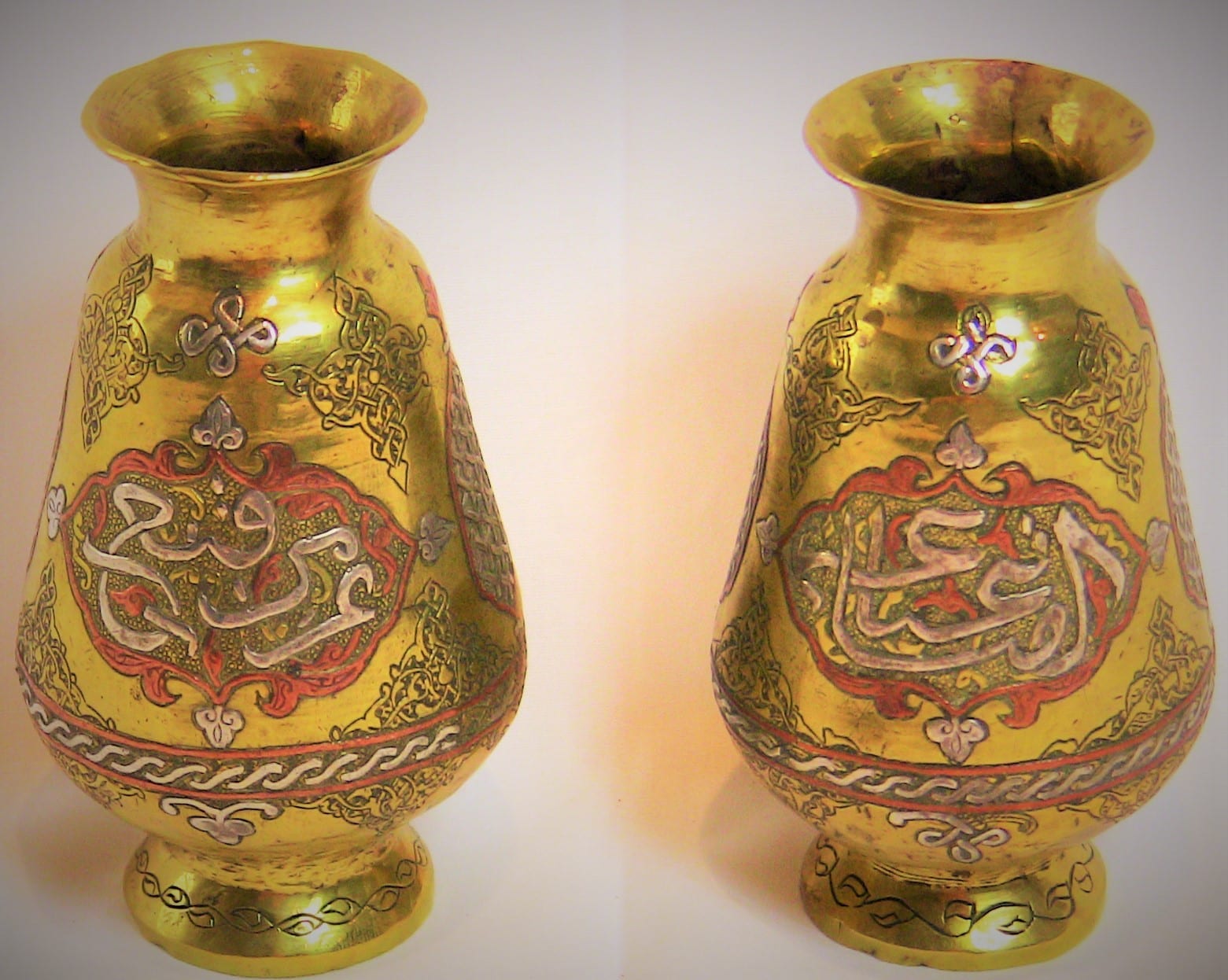 PRESENTING A LOVELY AND HIGHLY DECORATIVE Vintage Pair of Qinglong Style Famille Rose Vases in near mint condition. We are of the opinion that these vases were made circa 1960-80 in the Qinglong Style. The Read more…