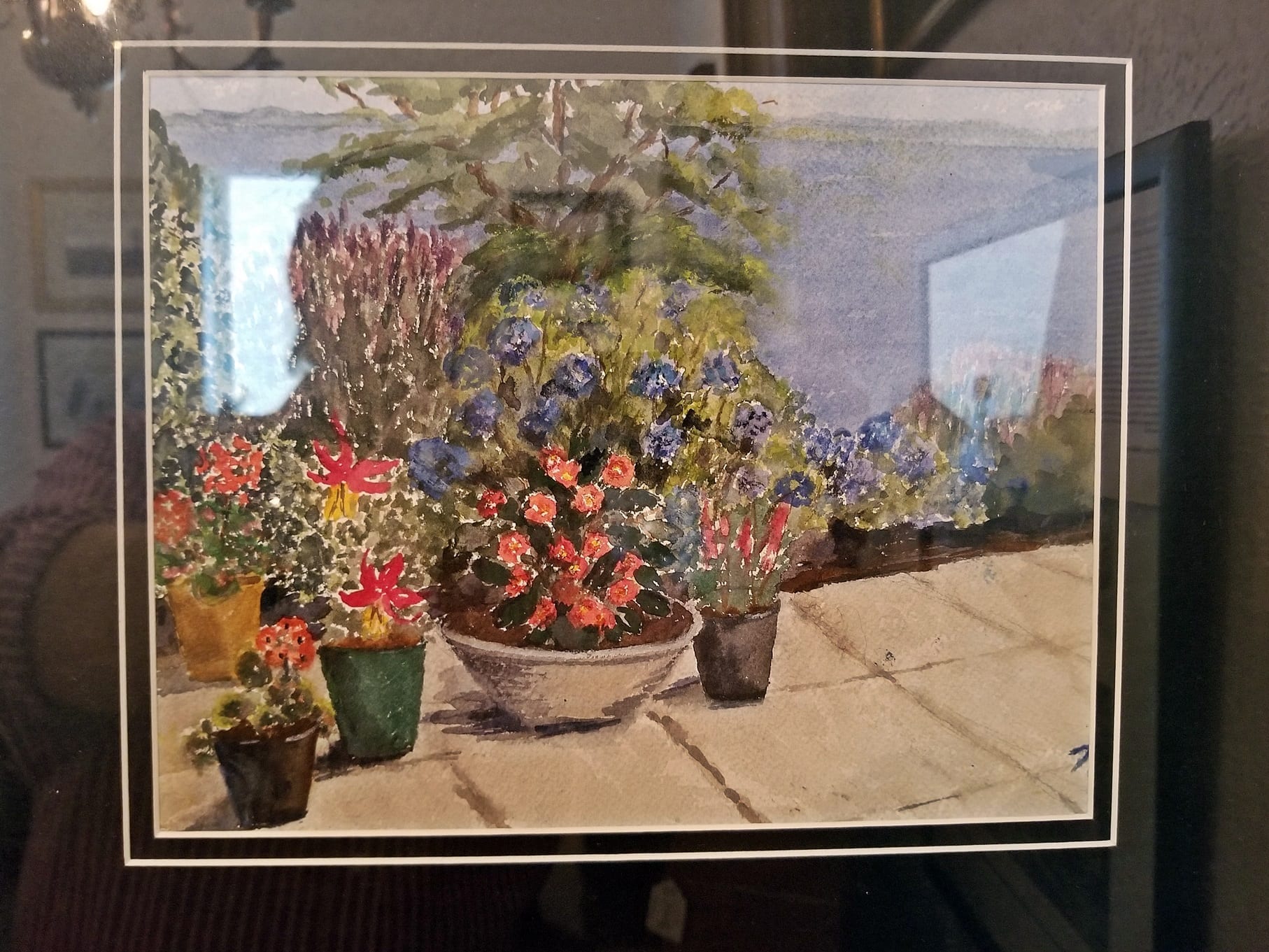 Gorgeous colors with estuary scene in the background.