Irish Watercolor by M MacLoughlin of Cottage by the Sea 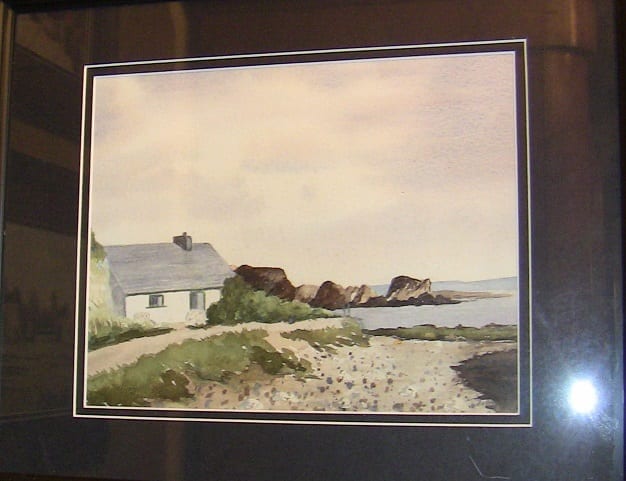 Irish Watercolor by M MacLoughlin of Cottage by the Sea.

Lovely little original watercolor study of an Irish Cottage by the Sea by M. MacLoughlin an Irish Watercolorist. Irish Watercolor by M MacLoughlin of Cottage by the Sea.in Ireland.