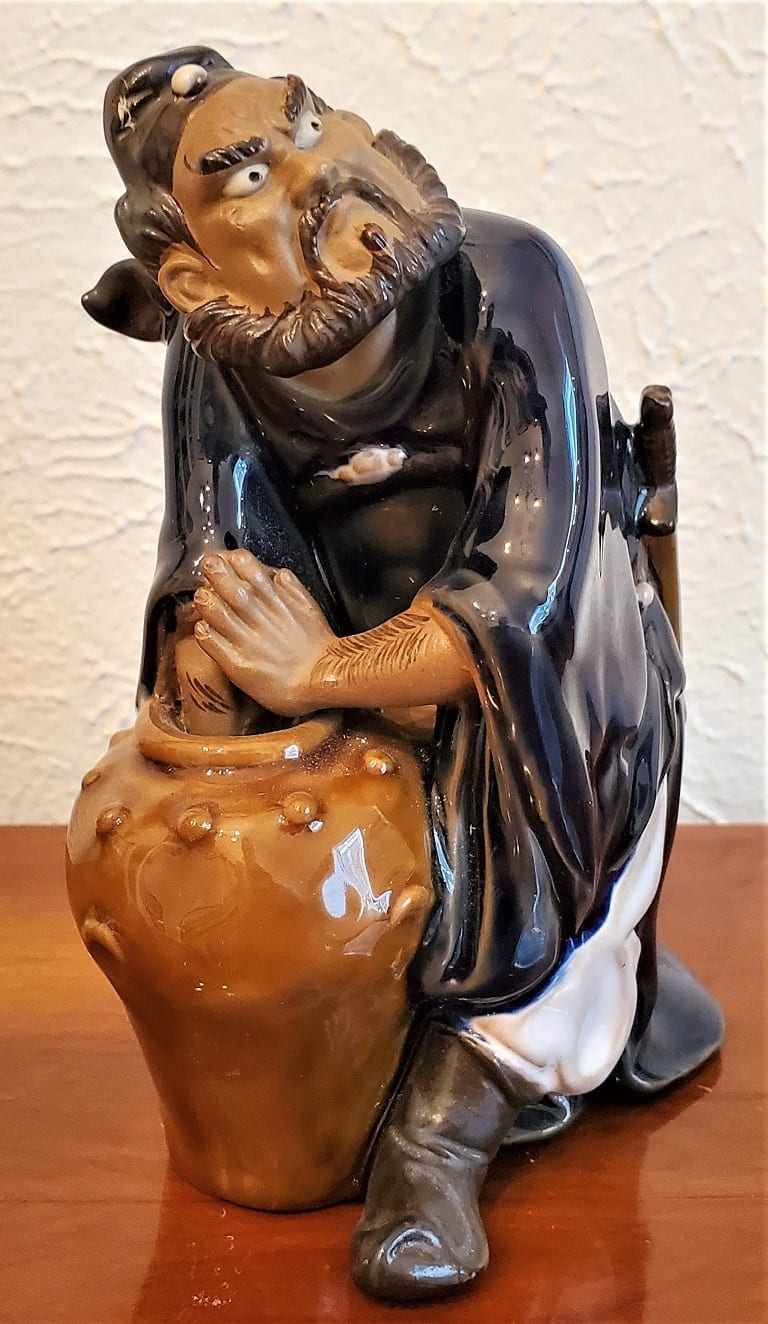 Features a classical Chinese warrior, compete with sword reaching into a basket, with a surprised look on his face. We can only guess at what he has touched inside the basket … a snake perhaps ! .

Marked underneath with what appears to be the number 23.