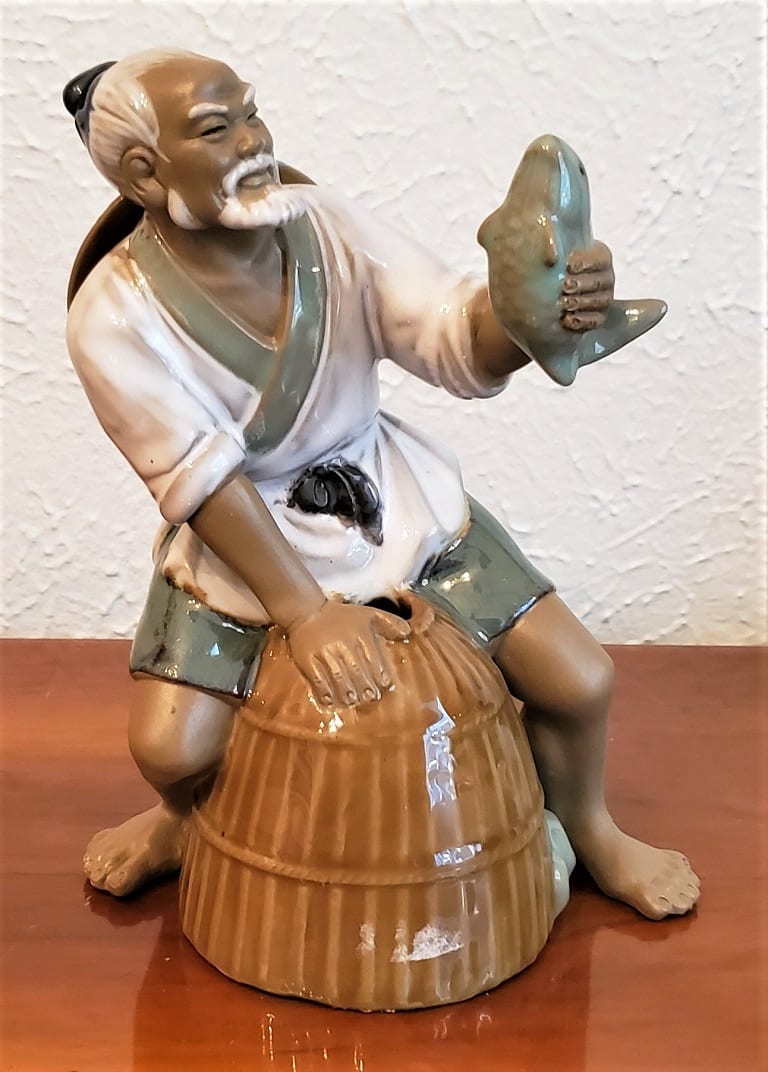 Features a classical Chinese fisherman, grasping a large fish in his left hand and resting on a large fish basket.