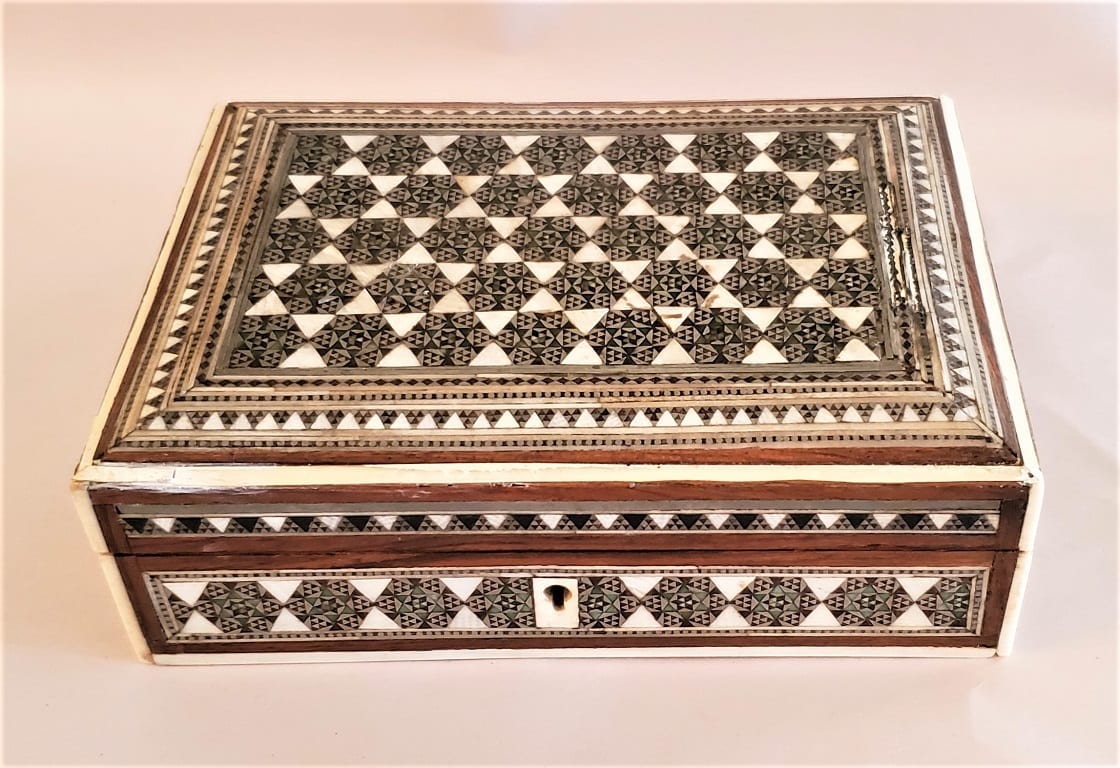 The box is made of sandalwood but completely covered in MOP, bone, faux ivory, ebony and mosaic inlay.

Edged with faux ivory and banded with a different pattern of sadeli.

Note: Check out the other Sadeli Trinket Box similar to this in this Section. Boxes from the first category are very rare. “

Condition: Fair condition. Some minor repairs and losses but not significant. Box is structurally sound.