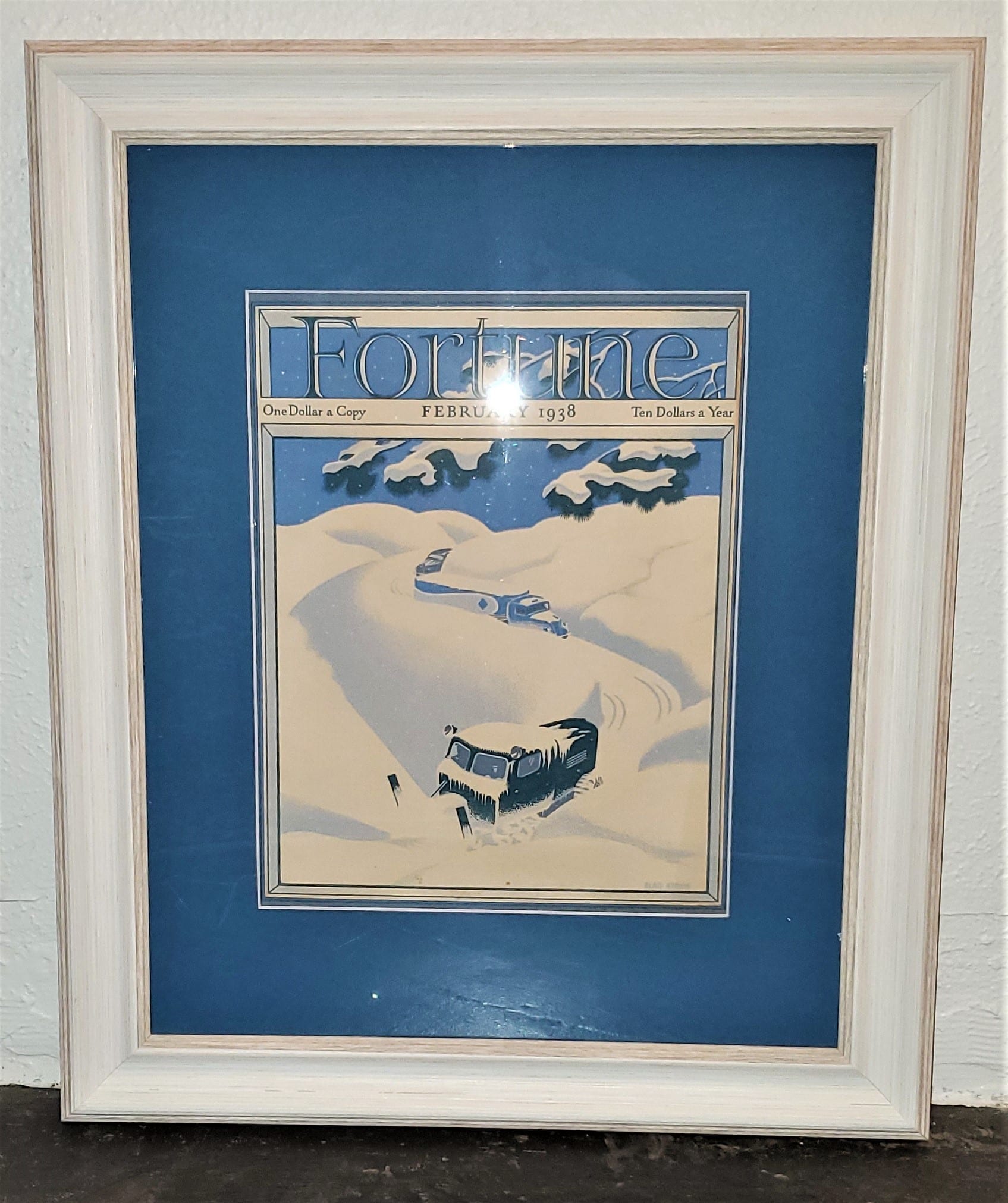 The cover of Fortune Magazine for February 1938, framed and matted.

The frame is modern. It is a faux distressed wood white poster frame with acid free sky blue beveled matting. Perspex front. The frame and matting are perfect for the style of the era.

The cover print is an Art Deco depiction of a snow plough clearing a path for a delivery truck and car in CLASSIC ART DECO STYLE !

Pained by ‘Alan Atkins’ as noted and signed on the bottom right.

Born in Piedmont, California on June 26, 1910.  Atkins studied at the Yale School of Fine Arts and with W. P. Robins in England.  He lived in Oakland and maintained a studio in San Francisco during the 1930s.

He is best known for his poster of the construction of the San Francisco-Oakland Bay Bridge. He later was art director at the University of California Extension media center in Berkeley and for films for Boeing, Standard Oil, and others. During his last years he resided in Arnold, Calaveras County, California, where an exhibition of his paintings was held in summer 1990 to mark his 80th birthday.  He died in Sacramento, California on December 14, 1990.