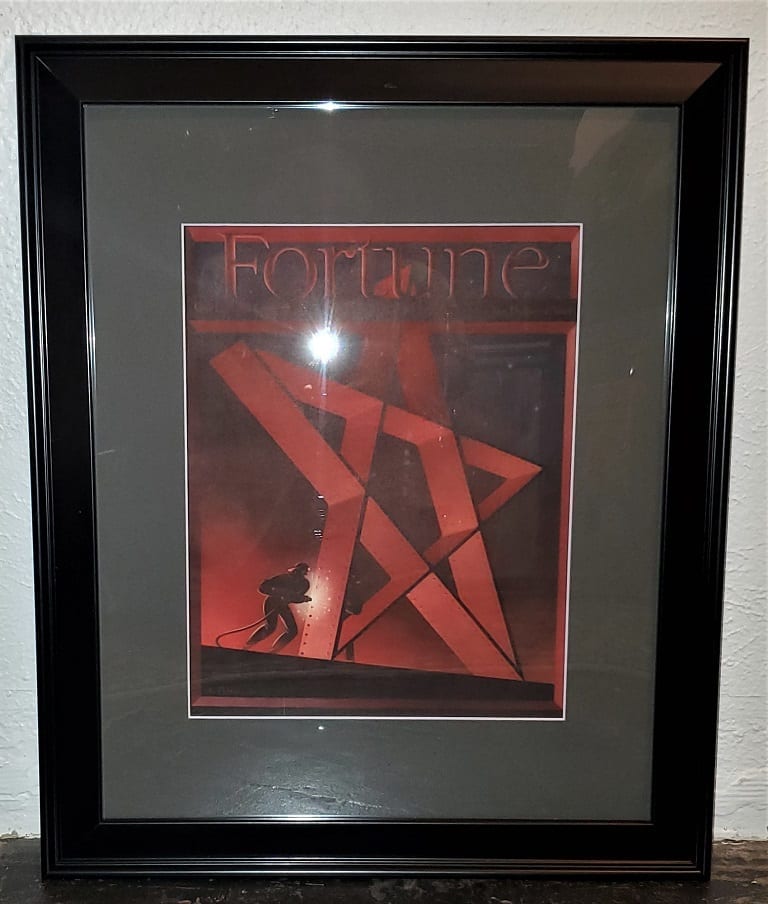 The cover of Fortune Magazine for December 1938, framed and matted.

The frame is modern. It is a black poster frame with acid free dark gray beveled matting. Perspex front. The frame and matting are perfect for the style of the era.

The cover print is an Art Deco depiction of an industrial scene of a steel worker and a steel star in CLASSIC ART DECO STYLE !

Pained by ‘A. Petruccelli’ as noted and signed on the bottom left.

For more on Antonio Petruccelli check out the following Link: https://www.printmag.com/imprint/antonio-petruccellis-little-known-genius/