The Patina on this table is simply STUNNING…………..it is reminiscent of tigerwood but is rosewood.

It is inlaid with a brass ring on the top. It has a 57 inch diameter and 57 inches tall and is beautifully proportioned. The tilt mechanism works perfectly. It sits on a cylindrical center column and tripod base with beautifully turned feet on original brass castors. 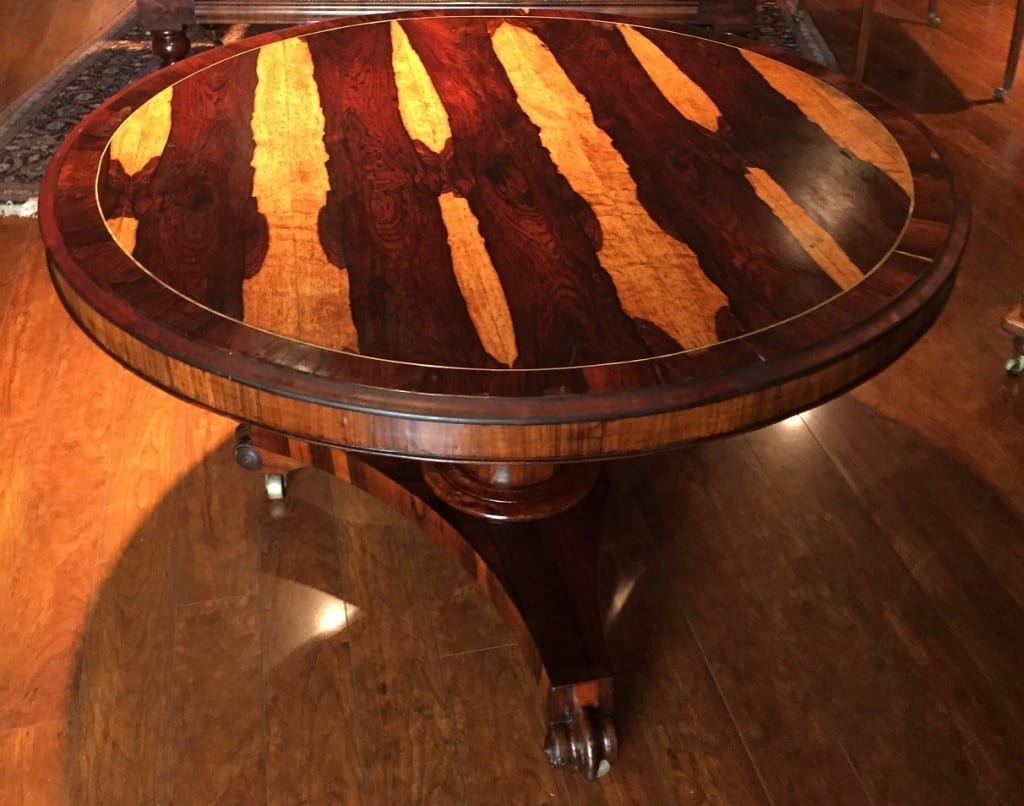 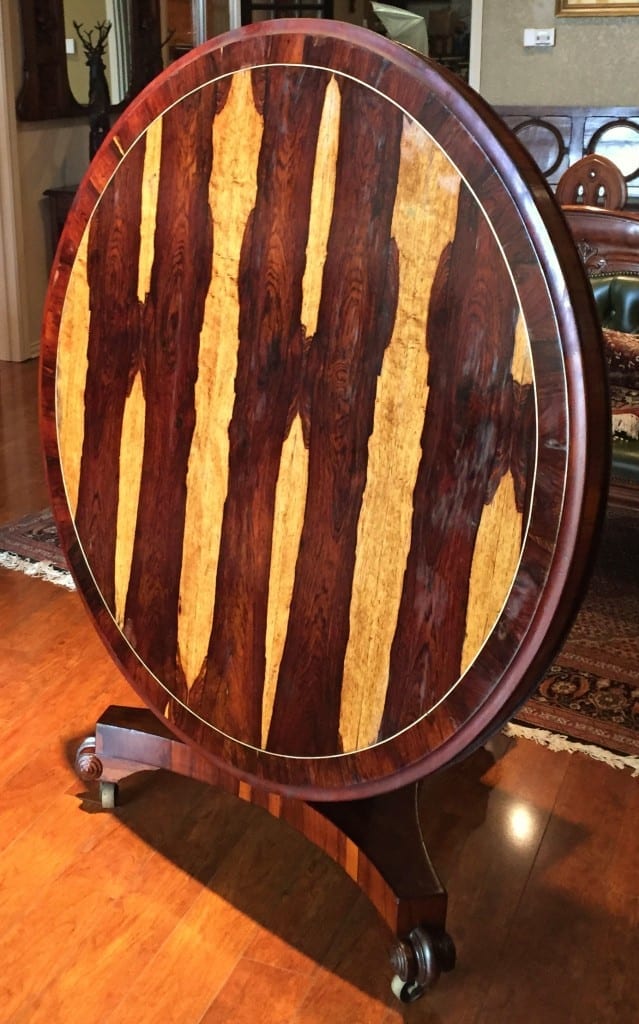 The Regency period as it relates to fine arts does not start or end on one day; there is both a build up and a denouement. Many things affected furniture design, from the practical to the events of the day. The Regency PeriodThe Regency period ushered in different ideas in house design for the influential. There was a greater emphasis on more open, informal (comparatively speaking) room arrangement, more thought given to the functionality of a home; how to make it more convenient and comfortable. Windows became larger; the indoors and the garden merged; and furniture became lighter and smaller scale so it could be moved more easily. The notable military engagements of the time proved to have an important influence on design.