Dimensions: On Wooden Plinth they are 12 inches Tall and the plinth is 5 inches wide and deep. 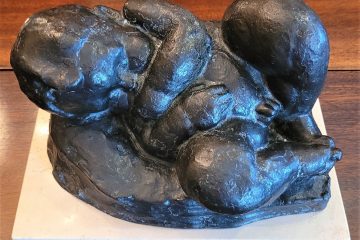 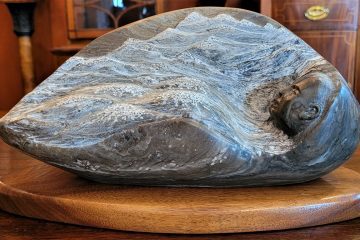 PRESENTING a GORGEOUS PIECE OF NATIVE AMERICAN ART, namely, “Sleepy Mountains” Sculpture by RD Tsosie, made from polished agate. By the renowned Navajo Contemporary artist, Robert Dale Tsosie. It is an Agate carving of a Read more…