The sculpture was described as: “Visnu Buff sandstone Central India. Carved in openwork relief with Vishnu seated in lalitasana on his vehicle Garuda, holding his attributes the conch, mace an discus, his lower right hand in varada mudra. The bejeweled deity wearing a tall crown, his face with a benign expression, framed by representations of his avatars set within niches on either side.

Property of a European Collector.”

Allowing for inflation alone this would be over $7,000 in today’s value.

As an added bonus and proof of authenticity the carving still retains it’s original Sotheby’s Lot No. Label.

Vishnu (/ˈvɪʃnuː/; Sanskrit pronunciation: [ʋɪʂɳʊ]; Sanskrit: विष्णु, IAST: Viṣṇu) is one of the principal deities of Hinduism, and the Supreme Being or absolute truth in its Vaishnavismtradition.[5][6] Vishnu is the “preserver” in the Hindu triad (Trimurti) that includes Brahma and Shiva.[7]

In Vaishnavism, Vishnu is identical to the formless metaphysical concept called Brahman, the supreme, the Svayam Bhagavan, who takes various avatars as “the preserver, protector” whenever the world is threatened with evil, chaos, and destructive forces.[8] His avatars most notably include Rama in the Ramayana and Krishna in the Mahabharata. He is also known as Narayana, Trilokinath, Ishtadeva, Jagannath, Vasudeva, Vithoba, and Hari. He is one of the five equivalent deities worshipped in Panchayatana puja of the Smarta Tradition of Hinduism.[6]

In Hindu iconography, Vishnu is usually depicted as having a pale or dark blue complexion and having four arms. He holds a padma (lotus flower) in his lower left hand, Kaumodaki gada(mace) in his lower right hand, Panchajanya shankha (conch) in his upper left hand and the Sudarshana Chakra (discus) in his upper right hand. A traditional depiction is Vishnu reclining on the coils of the serpent Shesha, accompanied by his consort Lakshmi, as he “dreams the universe into reality. 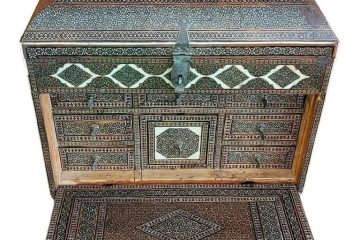