We are of the opinion that these vases were made circa 1960-80 in the Qinglong Style. The marks on the base of each seem to indicate Quinlong but we think they are later copies.

Decorated in the Famille Rose Style with use of pink and gold/gilt highlights. Probably made in the Canton Region.

Each vase depicts courtesan scenes and are edged in a Greco-Roman Style banding.

Famille rose (French: “rose family”) is the group of Chinese porcelain wares characterized by decoration painted in opaque overglaze rose colors, often involving shades of pink and carmine. These colors were known to the Chinese as yangcai (洋彩, “foreign colors”) because they were first introduced from Europe (around 1685). The enamel paint used was originally the type of glaze applied to metal wares, such as cloisonné, and was adapted to porcelain after it entered China.

By the time of the reign of Yongzheng (雍正, 1722–35) in the Qing dynasty (1644–1911), these shades were favored over the translucent famille verte (five-colored ware) overglaze colors that were previously used. Famille rose porcelain reached a climax of perfection at Jingdezhen under the directions of Nian Xiyao (年希堯, ?–1739) and Tang Ying (唐英, 1682-1756), and continued with great delicacy through the Qianlong (乾隆) period (1735-1796).

Nowadays, the term fencai (粉彩, literally “pink color”) is perhaps more commonly used, and is almost interchangeable with yangcai (洋彩). However, fencai did not appear in official records until the beginning of the 20th century.

Provenance: From a Private Dallas Estate.

Condition: Near Mint. No chips or cracks.

Dimensions: Each Vase is 14.25 inches tall with a Widest Diameter of 8.5 inches 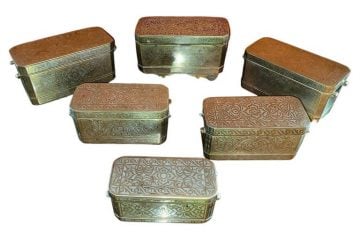 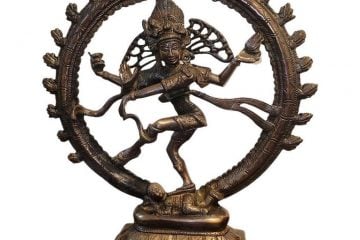