We believe this to be a 20th Century piece (probably mid 20th Century, circa 1950) because of the patina of the stone and natural signs of aging.

However, it does have signs of some age, which leads to our opinion that it is probably from the 1950’s.

It is a carving of the Hindu God, Ganesha in seated meditation pose on a throne chair.

Ganesha (Sanskrit: गणेश, IAST: Gaṇeśa), also known as Ganapati, Vinayaka and Pillaiyar, is one of the best-known and most worshipped deities in the Hindu pantheon. His image is found throughout India. Hindu denominations worship him regardless of affiliations. Devotion to Ganesha is widely diffused and extends to Jains and Buddhists and also in Nepal, Sri Lanka, Thailand, Indonesia (Java and Bali), Singapore, Malaysia, Philippines, and Bangladesh and in countries with large ethnic Indian populations including Fiji, Guyana, Mauritius, and Trinidad and Tobago.

Although Ganesha has many attributes, he is readily identified by his elephant head. He is widely revered, more specifically, as the remover of obstacles and thought to bring good luck; the patron of arts and sciences; and the deva of intellect and wisdom. As the god of beginnings, he is honoured at the start of rites and ceremonies. Ganesha is also invoked as a patron of letters and learning during writing sessions. Several texts relate mythological anecdotes associated with his birth and exploits.

While scholars differ about his origins dating him between 1st century BCE to 2nd century CE, Ganesha was well established by the 4th and 5th centuries CE, during the Gupta period and had inherited traits from Vedic and pre-Vedic precursors. Hindu mythology identifies him as the son of Parvati and Shiva of the Shaivism tradition, but he is a pan-Hindu god found in its various traditions. In the Ganapatya tradition of Hinduism, Ganesha is the Supreme Being. The principal texts on Ganesha include the Ganesha Purana, the Mudgala Purana and the Ganapati Atharvasirsha.

Provenance: From a Private Collection of an Indian Antiquities Collector.

Condition: Fair to good original condition. Some chips with age, most notably a chip to his right hand. 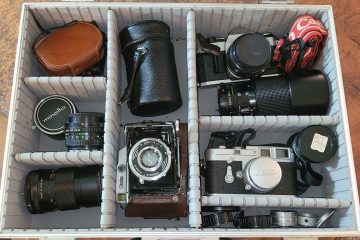