This little guy has been exposed to the elements a little too long but it gives him ‘loads of character’ !

It is a hand carved wooden (painted white) carving of an elephant to create a plant stand or garden stool. Carved from one piece of wood.

Many ceramic versions of this were made in China and appear regularly on the market, but we are of the opinion that this one is in fact, Indian.

We base this opinion upon the fact that is wooden and not ceramic, it appears to be an Indian elephant and the decoration appears to be Indian.

We think it probably dates to circa 1950 (or maybe even earlier).

It is in a naturally distressed condition … but we would change nothing about him !!

Loss of paint all over exposing the wood underneath in places. Missing it’s pair of wooden tusks. Severe wear and losses to the feet resulting in one ‘peg leg’ to keep him even. Chips and cracks throughout through environmental aging and wear.

Despite all this damage it is a HIGHLY DECORATIVE and COLLECTIBLE piece.

The Indian elephant (Elephas maximus indicus) is one of three extant recognised subspecies of the Asian elephant and native to mainland Asia.[3]

Since 1986, the Asian elephant has been listed as Endangered on the IUCN Red List as the wild population has declined by at least 50% since the 1930s to 1940s, i.e. three elephant generations. The Asian elephant is threatened by habitat loss, degradation and fragmentation.

In general, Asian elephants are smaller than African elephants and have the highest body point on the head. The tip of their trunk has one finger-like process. Their back is convex or level.[3] Indian elephants reach a shoulder height of between 2 and 3.5 m (6.6 and 11.5 ft), weigh between 2,000 and 5,000 kg (4,400 and 11,000 lb), and have 19 pairs of ribs. Their skin colour is lighter than that of E. m. maximus with smaller patches of depigmentation, but darker than that of E. m. sumatranus. Females are usually smaller than males, and have short or no tusks.[4]

The largest Indian elephant was 3.43 m (11.3 ft) high at the shoulder.[5] In 1985, two large elephant bulls were spotted for the first time in Bardia National Park, and named Raja Gaj and Kanchha. They roamed the park area together and occasionally visited female herds. Raja Gaj stood 3.43 m (11.3 ft) tall at the shoulder and had a massive body weight. His forehead and domes were more prominent than in other Asian bull elephants.[6] His appearance has been compared to that of a Stegodon and mammoth due to his high bi-domed shaped head.[7]

Indian elephants have smaller ears, but relatively broader skulls and larger trunks than African elephants. Toes are large and broad. Unlike their African cousins, their abdomen is proportionate with their body weight but the African elephant has a large abdomen as compared to the skulls. 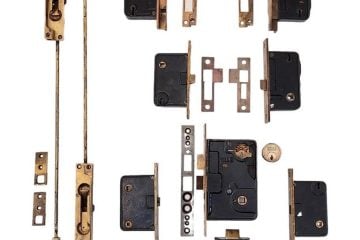 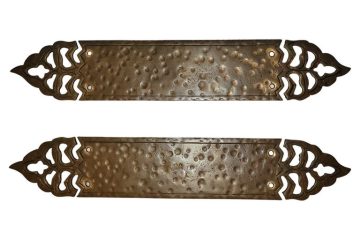 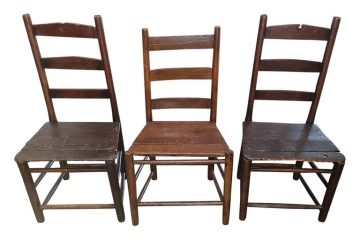 PRESENTING 3 GLORIOUS pieces of AMERICAN WESTERN HISTORY ! This is a Set of 3 Mid 19C Shaker Pioneer Ladderback Chairs from circa 1840-60. The set of 3 ladderback side chairs are not identical or matching. Read more…