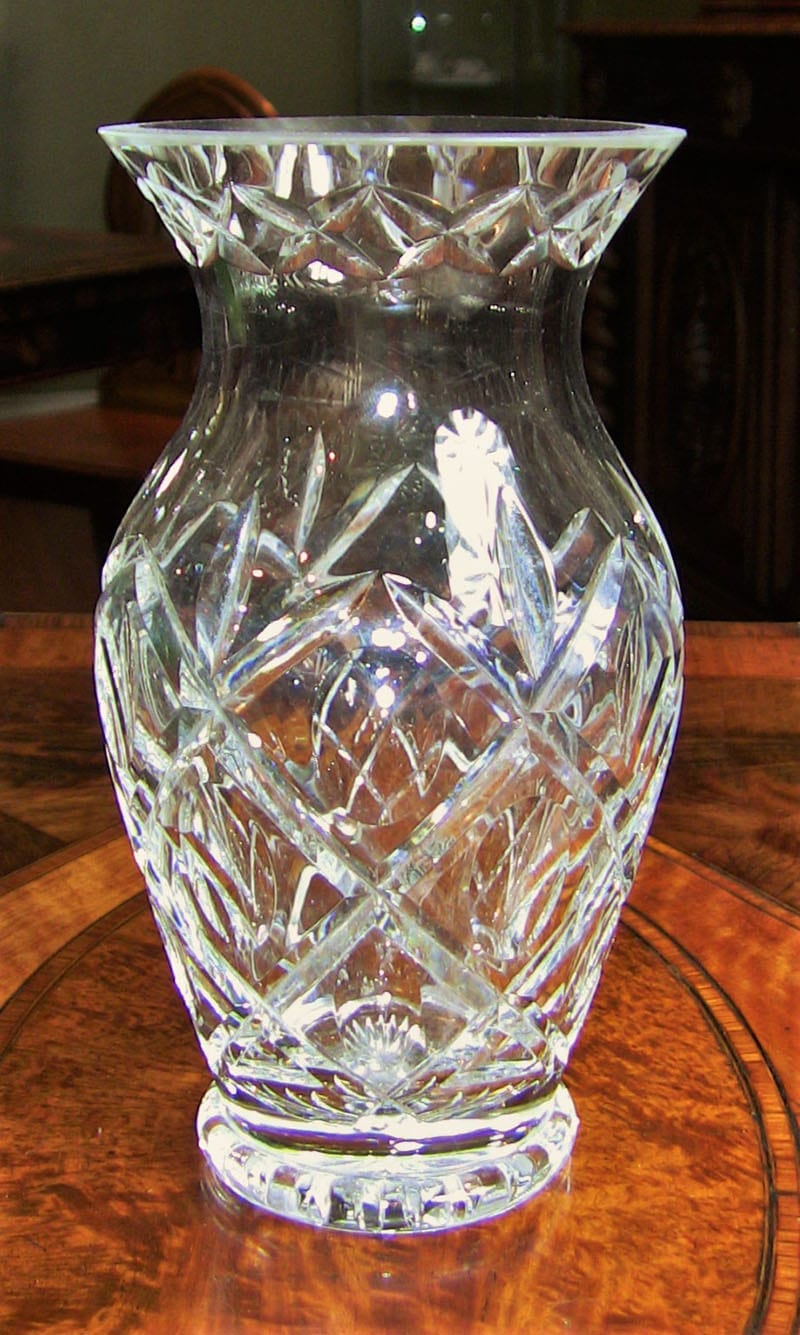 This is a very rare Juliska Harriet designed vase for Waterford…….only in production for a short period and no longer in production.

It has a criss-cross, vertical and oval cuts…..but the cut around the neck and rim is VERY RARE INDEED !!!

JULISKA HARRIET only worked as a designer for Waterford for a short period of time. After leaving Waterford she set up her own design Studio….”Juliska”. Her new works are likewise in ‘big’ demand !!