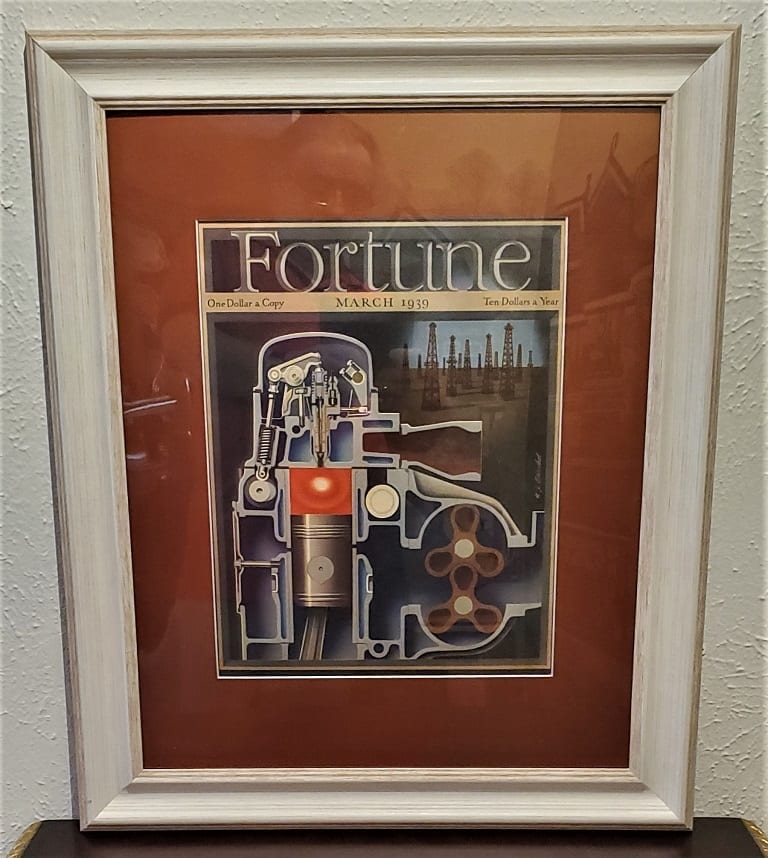 The cover of Fortune Magazine for March 1939, framed and matted.

The frame is modern. It is a faux distressed wood white poster frame with acid free burnt orange beveled matting. Perspex front. The frame and matting are perfect for the style of the era.

The cover print is an Art Deco depiction of an oil field and schematic of an oil pump in CLASSIC ART DECO STYLE !

Pained by ‘H.J. Barschel’ as noted and signed on the center right.

Hans J Barschel – then the head of design at Deutsche Reichsbahn, a post he left when he moved from Germany to the US in 1937. Barschel ended up in Rochester, NY, and continued to work and teach – the Institute of Technology there holds his archives.