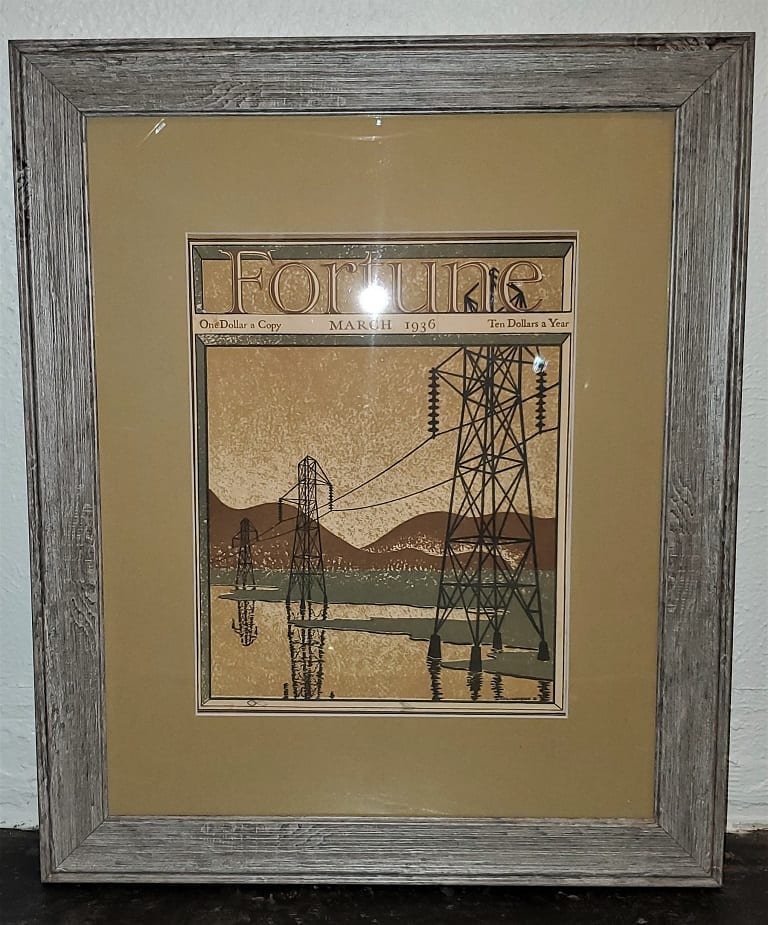 The cover of Fortune Magazine for March 1936, framed and matted.

This is an ORIGINAL COVER, not a re-print or copy. It is the cover of an actual 1936 Fortune Magazine and we can 100% certify it’s authenticity. We have attached a COA on the back of the frame.

The frame is modern. It is a distressed wood effect gray frame with acid free army green beveled matting. Perspex front. The frame and matting are perfect for the style of the era.

The cover print is an Art Deco depiction of an industrial scene of a power towers and cables in CLASSIC ART DECO STYLE !

Pained by ‘J.O.H. Cosgrave II’ as noted and signed on the bottom right.

Born in San Francisco, John Cosgrave became a magazine illustrator, primarily of marine subjects, and was also a painter, engraver, writer, and graphic artist. He did covers and other illustrations for “Life”, “Fortune”, and “Yachting” magazines, and the Encyclopaedia Britannica did a reproduction of his painting “Yacht America”.

Condition: Very good. Some minor fraying on the cover edges.