The box is constructed of sandalwood but covered in gorgeous faux  blonde tortoiseshell and faux ivory banding and carved frieze panels on all sides, including the domed lid.

The interior is covered in its original purple velvet lining.

This box is in SUPER condition for its age and delicacy !!! 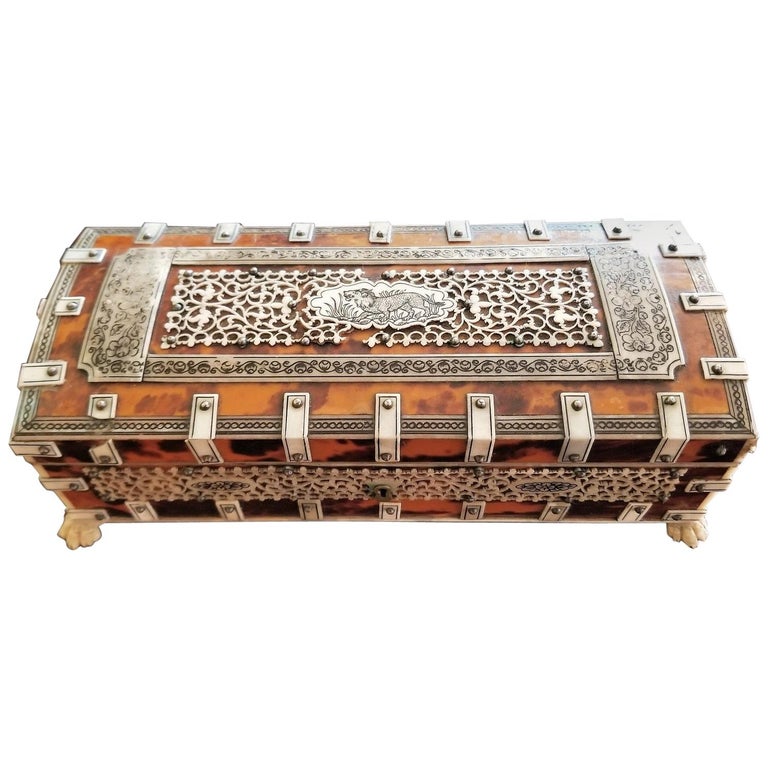 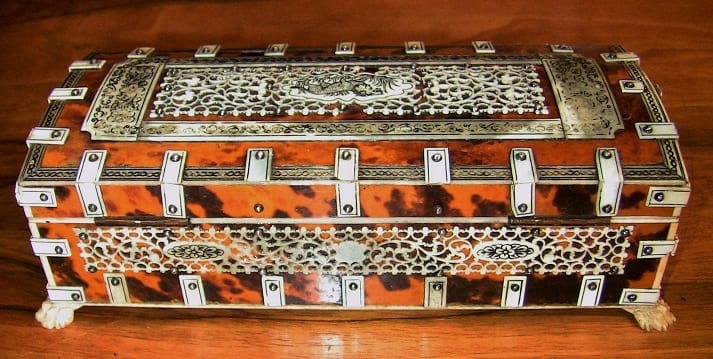 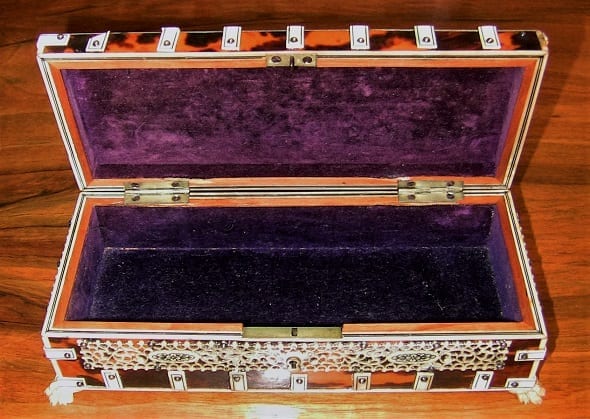 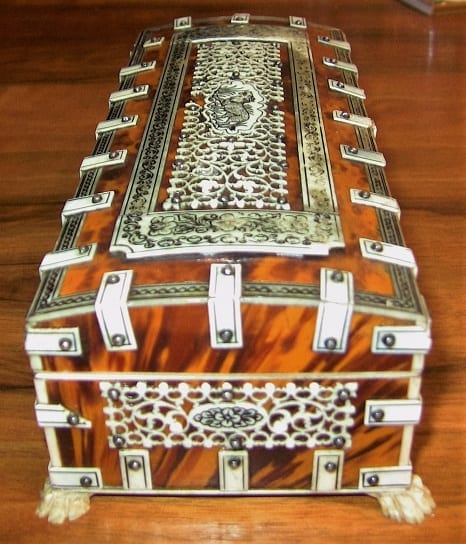