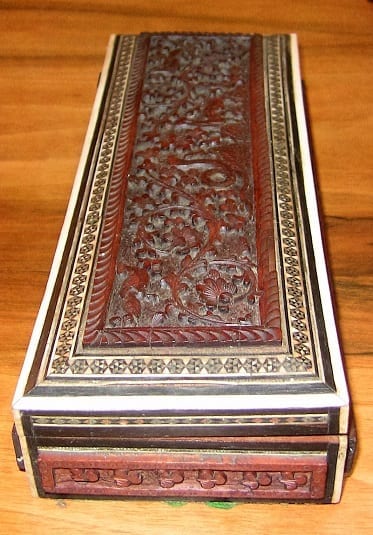 Made in Bombay area from sandalwood.

The raised panels are highly carved depicting animals and foliage and are edged in famous Sadeli Mosaic.

Sadeli mosaic is the name given to the use by craftsmen from Bombay of a micro-mosaic in geometric patterns using a combination of pewter, silver, green semi-precious stone, bone and ebony.

Made in the time of the Raj !

The box opens to reveal the original red velvet lining under the lid.

Condition: Good. Some repairs to banding.