This one is in BEAUTIFUL CONDITION for its age !

One or two minor losses but otherwise GREAT !

The Sadeli Mosaic on this box is striking with gorgeous geometric patterns of silver, pewter, bone, stained bone (green) and ebony.

The box itself is made of sandalwood, but it is completely covered in sadeli mosaic and faux ivory.

The lid is banded with a different sadeli mosaic pattern.

From circa 1850-80 and made in the Region of Bombay, India for the British market.

The interior is lined in its original red velvet lining.

This is ONE for the SERIOUS COLLECTOR !! 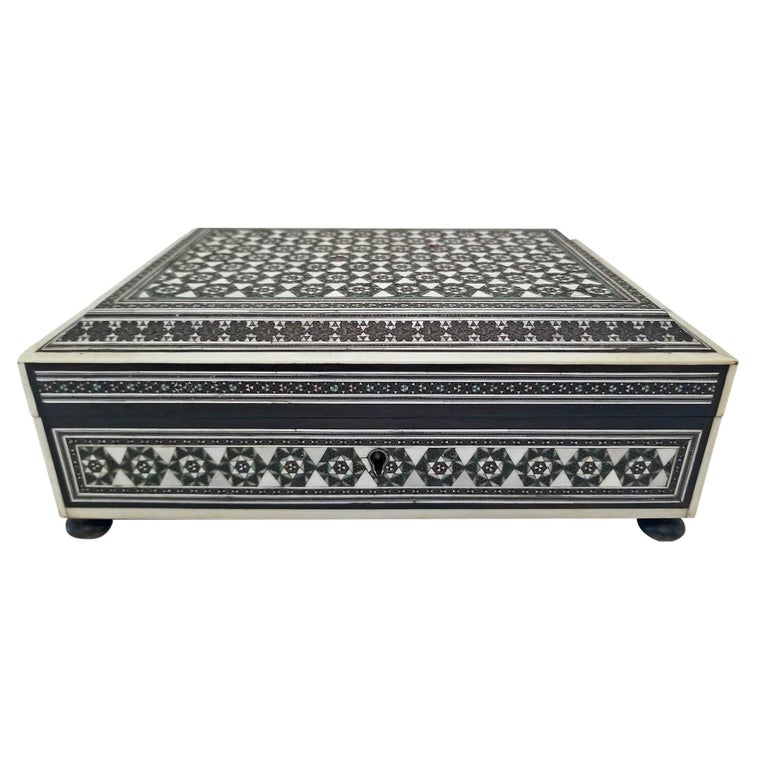 Condition: Very good. One minor loss of sadeli on lid but otherwise near mint.